Accessibility
A
A
A
Request an
Appointment 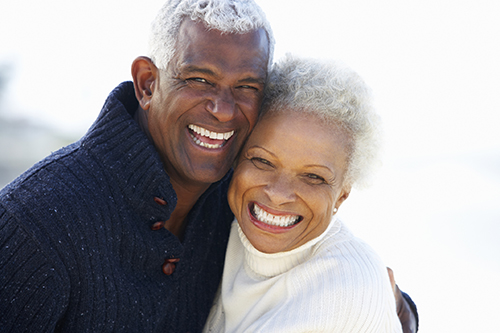 Dental implants are a successful and efficient method to replace lost or broken teeth. The cutting-edge dental technology serves millions of Americans annually, and with proper care, these implants can last a lifetime. They are safe and painless, but that doesn't mean it has been the same way forever. The history of dental implants is complex, as humankind has attempted several techniques and used different materials to replace lost or broken teeth. Restorative dentistry has advanced over the years, but most original practices were unsuccessful, agonizing and sometimes fatal. At Isla Dental, we know the importance of understanding the history of dental implants, as we share the developments that led us to the modern dental implant surgeries as we know them today.

People have been dealing with cavities and tooth decay since the beginning of time. This means that humans have long used dental implants in one way or another to replace and restore damaged teeth. Ancient Chinese used carved bamboo pegs to replace missing teeth, and in 2500 BC, ancient Egyptians used gold ligature wires to stabilize loose teeth. In about 500 BC, the Etruscans fashioned teeth replacements from oxen bones. They also used gold bands, considered the earliest attempts to fill gaps with dental bridges. Around 800 AD, stone implants were prepared and placed in mandibles in Honduran culture, and the Phoenicians created dental bridges using ivory and gold wire.

From the 1500s to 1800s, people in Europe used to collect teeth from cadavers or people that were underprivileged for the allotransplantation of human teeth. It was then that Dr. John Hunter observed and studied the human mouth and jaw in great detail and suggested that transplanting teeth from one human to another may be a successful way to replace teeth without the body rejecting them. He implanted a developing tooth into a rooster's comb and detected blood vessels from the comb that grew into that tooth's pulp. To further develop this technique, J. Maggiolo inserted a gold crown into a tissue site of a freshly extracted tooth. However, the dental implant was untimely and hence unsuccessful, as the swelling and infection resulted in the rejection of the implant.

Dental Implants in the 20th Century

The dental technology was finally getting on track, as in 1952, titanium was discovered as a material compatible with living tissues. This discovery was an accident, as the Swedish orthopedic surgeon, Dr. Per-Ingvar Brånemark, realized that titanium fused with the femur bone of a rabbit, a process later given the name osseointegration.

Dental Implants as We Know Them Today

Dental implants provide lifetime solutions to your dental problems, as they function and feel like natural teeth. They have a higher success rate than other replacement options, as they improve your chewing and eating abilities and preserve the tissue to avoid damage to adjacent teeth. Dental implants might be costly, but they are an excellent investment for your oral health in the long term.

Contact us at (469) 923-0448 to learn more about restorative surgery and dental implants. Dr. Jason "Troy" Bacon and look forward to discussing your dental health and providing the right solution for you.